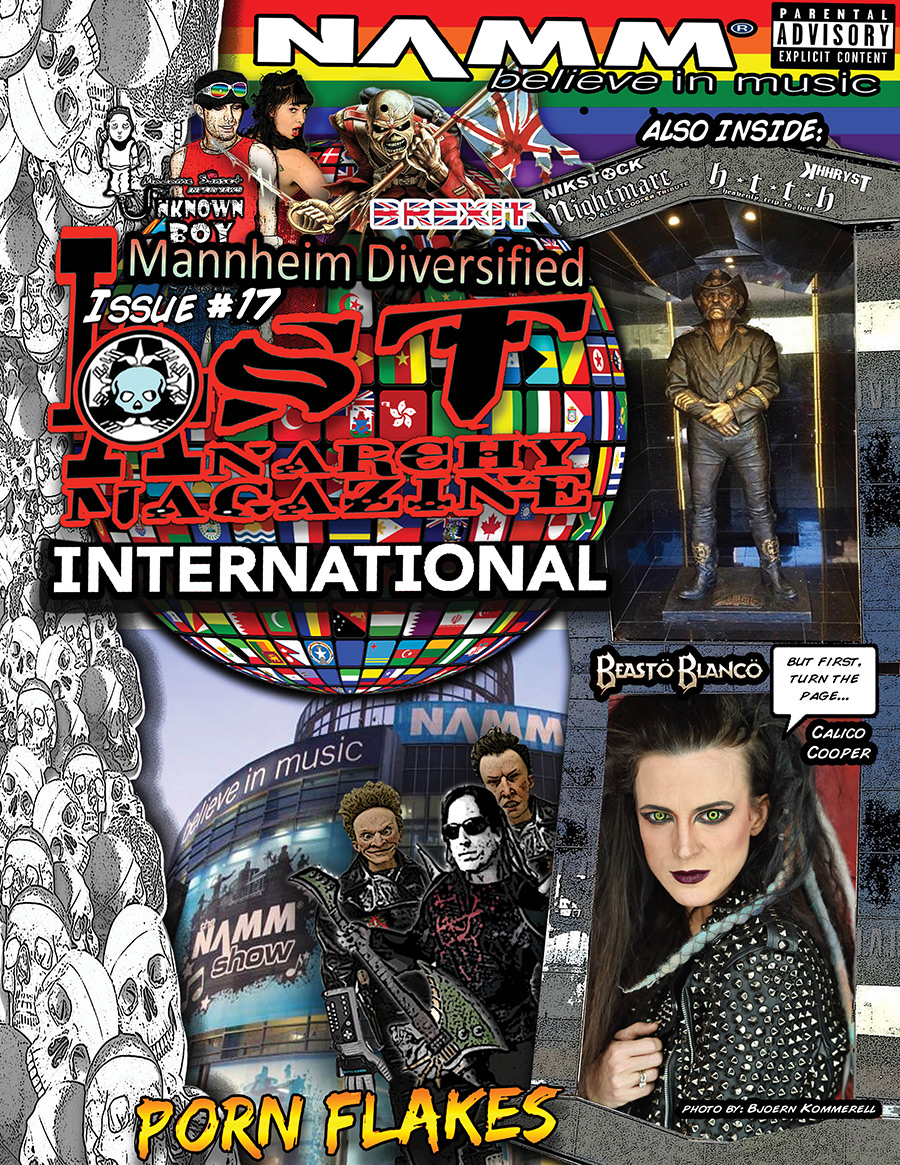 In this issue were going to be interviewing Beasto Blanco, a hard-rocking band out of Los Angeles with two lead vocalists, one of which is Calico Cooper,  daughter of the legendary rock artist Alice Cooper.

We’d like to start out by telling you a little bit about her. For one, Calico was voted one of MAXIM’S “20 Hottest Rock Star Daughters”.

After eleven world tours and eight full stage shows. With Alice, she retired from The Alice Cooper show to pursue film, television, and her band BEASTO BLANCO.

Subsequently, (and to her credit)  she has carved a niche and a massive fan base for herself in the horror industry,  having become infamous for playing alongside Alice as “Nurse Rosetta” and “Cold Ethyl”.

After Leaving the tour to focus on acting full-time, Cooper appeared in network shows such as “Hawaii Five-0”, as well as Nickelodeon’s “Henry Danger”. She has trained with industry giants such as Ivana Chubbuck, Helen Hunt, The Groundlings, The Upright Citizens Brigade and The Stella Adler Academy of Acting. She recently made her directorial debut for her band Beasto Blanco’s video “THE SEEKER”, followed by the punk hit “SOLITARY RAVE”, in which she wrote, directed, and starred in both. She recently played with Alice Cooper, Johnny Depp, and Joe Perry’s band “The Hollywood Vampires,” and in October, they will be joined Megadeth for the “Mega Cruise 2019” tour. 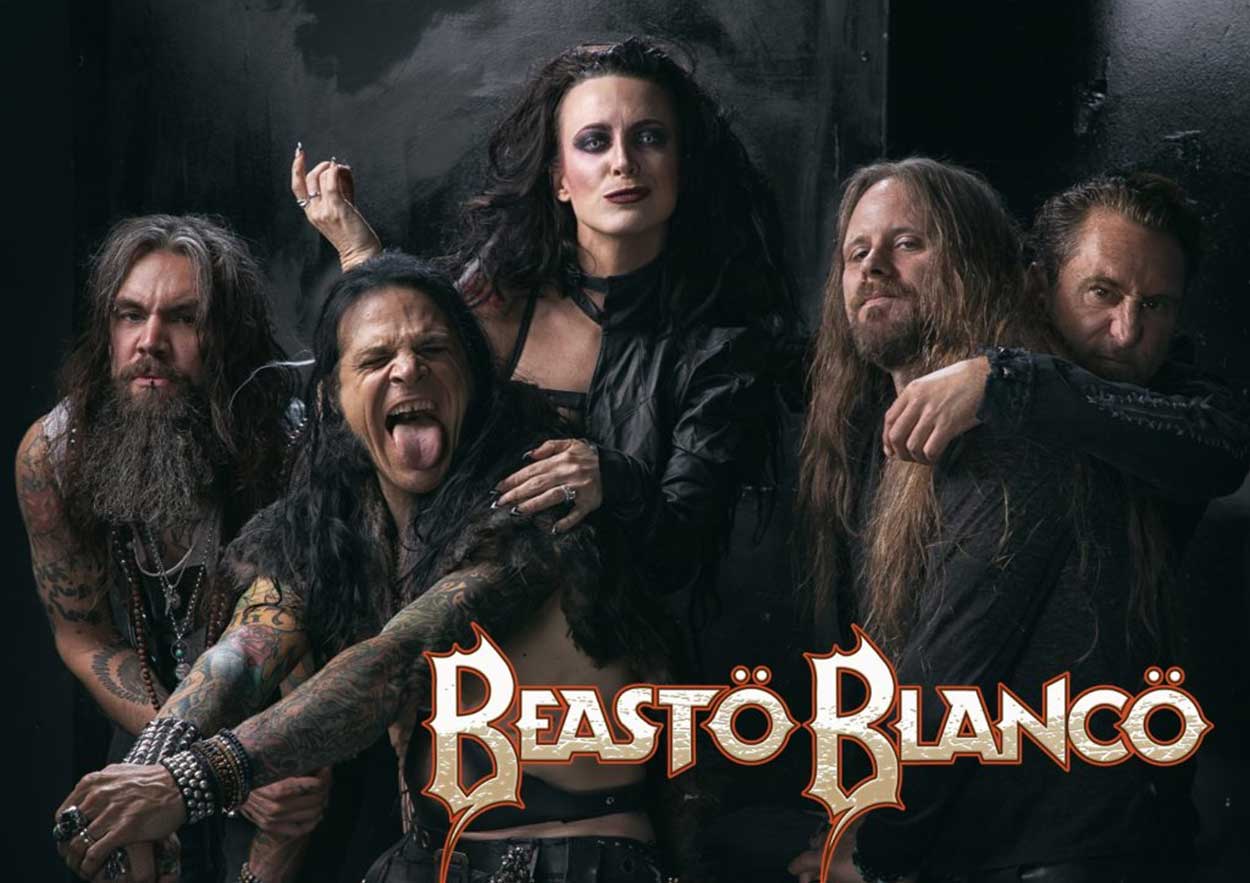 First off, I love your band, mainly because you are unique and have a cool twist to your music. Kind of hard rock/heavy metal with Quentin Tarantino soundtrack overtones. Can you tell us more about how you developed that?

Calico: Chuck Garric and our guitar player Brother Latham originated this band and the sound. They Brought this heavy metal, mad max, road warrior sounding music to me, and I understood it. It wasn’t just noise it was theatrical. I SAW what it was when I heard it. There were actual melodies, which is hard to come by in hard rock there days. The Guys brought me the sound, and together we created this beast that truly transports you. I love watching the faces of the crowd when we start our live shows leaning in to be a part of the fantasy. We’ve Got Jan LeGrown on bass and Sean Sellars on drums. In Beasto you have to be a good musician, but an even better performer and those guys slay both.

Chuck, I understand you are Alice Copper’s bassist, and I read that Beasto Blanco was your idea. Can you tell us a little about the origins of that?

Chuck: Beasto Blanco was a band that was created from an appetite to fill an urge. To create something new, something different, something that was artistic, musical, and alive.

I know what I’ve read on urban dictionary, but can you tell our readers what Beasto Blanco means as the name of your band?

Calico: Wait… we are in the Urban Dictionary?! 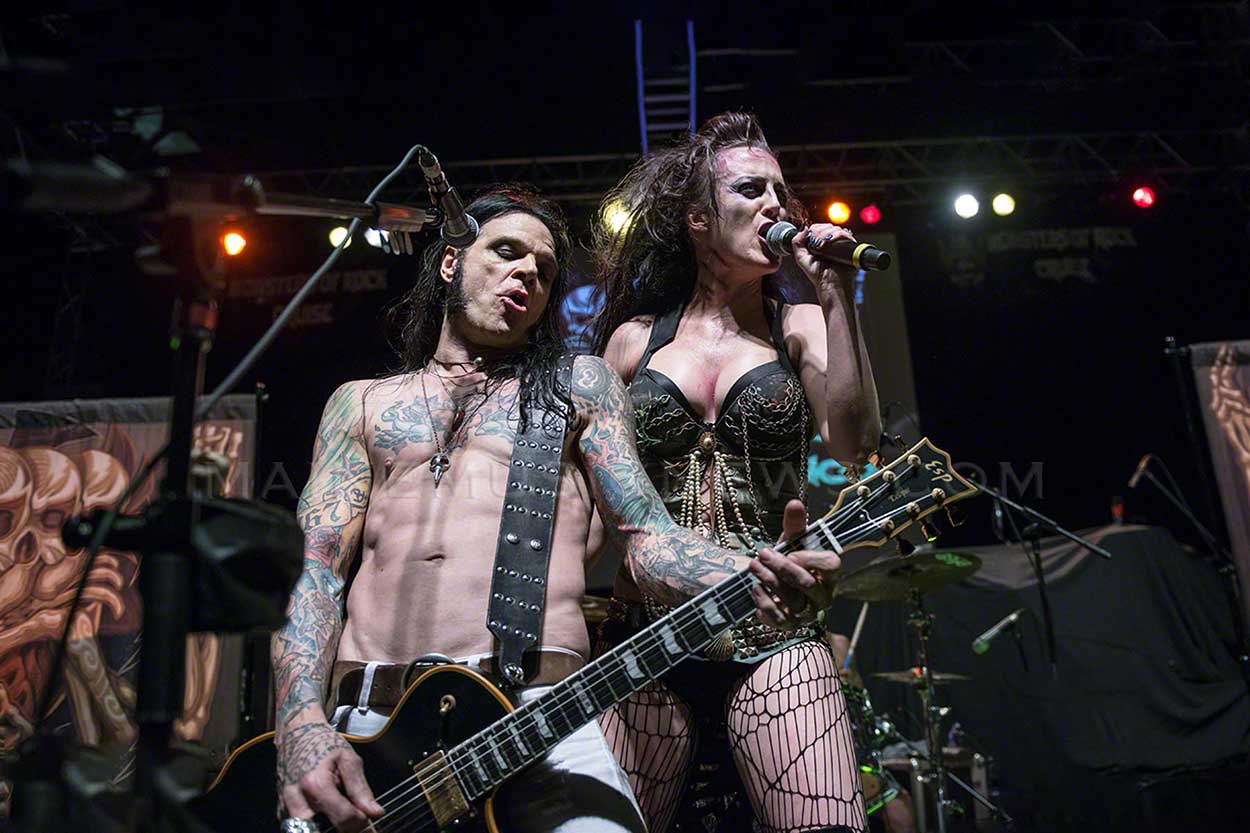 Calico, I really like your videos and know you directed them. Considering that your Dad was one of the founding fathers of shock rock and your videos seem to be striving for that, how much of an influence does your Father on your directing style?

Calico: I would say he had more of an influence on my performance style than my directing. The Music Video is kind of a lost art. Not a lot of bands want to take the time to do a narrative. And I agree its DECEPTIVELY hard. I like to focus on emotion. How does this song make you feel? Let’s tell a story that makes people FEEL then. If my dad and I have anything in common in the storytelling arena, its that we aren’t afraid of the touchy subject matter. Lol.

What would you like listeners to take away from hearing Beasto Blanco’s music or seeing you perform live?

Calico: Something about this music makes your heart beat faster. Like when you hear the intro to a MOTORHEAD  song, and you get a smile ear to ear and start driving too fast and nothing. Can. Touch you. I think we have that. LIVE is something you really have to see for yourself. People have told us that its the most fun they have ever had at a rock show. Because it’s not us up here and you down there… It’s a whole other dimension and were all going in that black hole together.

I see you have CD and vinyl available for your new album. How do you feel about Spotify and the streaming music takeover?

Chuck: Its another tool to gather listeners. Its happening not much we can do. I mean Ive found tons of new bands on Spotify. 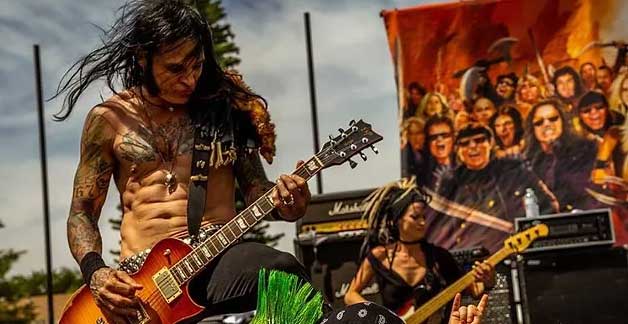 I think the fact that you have two lead singers is very cool, but it seems like it could have potential for conflict. Can you tell us about how that works?

Calico: No conflict. Honestly. For starters, we are best friends, and as gushy and gross as that sounds, we are telling the same story. We are doing everything we can to make the other one look and sound the most badass they can. Sometimes we fight over who gets to wear the cooler jacket, but that’s about it.

I understand your album made Billboard’s Top 25 Rock Albums. That’s quite an accomplishment! What does that mean to you guys?

Calico: Our self titled record BEASTO BLANCO hit #1 on the Billboard “Heat Seekers,” meaning It had the most streams and online traffic for an opening week. Then Our newest Record “WE ARE” hit the top 25 Hard Rock records. Its just data… but it means people are responding.

Lost Anarchy is a Sunset Strip magazine, and on allmusic.com, it says, “Taking a cue from hard-charging, Sunset strip-meets-apocalyptic wasteland warriors like White Zombie, Monster Magnet, and Motörhead, Beasto Blanco is… Do you have any thoughts about the controversy surrounding the Sunset Strip right now?

Calico: I think you need to respect the history of a place that broke so many massive bands. It wasn’t just the 80’s hair metal that jumped out of there, and it was the claws and teeth of what rock and roll would become: 70s, 80’s, 90’s..;. I get it is corporate now… Those that were born there, who were touched, molded, and became lovers of music and lifelong fans of the bands, will live on forever. Sometimes I go up to the secret lair of The Hollywood Vampires established back in the ’70s in the attic of the Rainbow, and I think about what stories those walls could tell.

What have been the biggest challenges for you so far as an artist?

Chuck:  Not touring as much as we’d like to. I want to be out there more. Shake up the rock scene a little more.

Calico: Agreed. I want Celine Dion money to put on the kind of shows I wanna do.

Of all the classic rock songs your father released, what made you choose to cover “Feed My Frankenstein”?

Calico: Chuck and Latham pitched the idea to me, and I said NO WAY. I didn’t want to cover an Alice song. I didn’t feel like we had to. We were writing good enough tunes, and people loved it. But they really assured me it was going to sound nothing like the Cooper version. So, they brought me this electro heavy metal Terentino song, and I was sold instantly. Plus, I got to use my lounge singer voice, and ill never fight you on that. 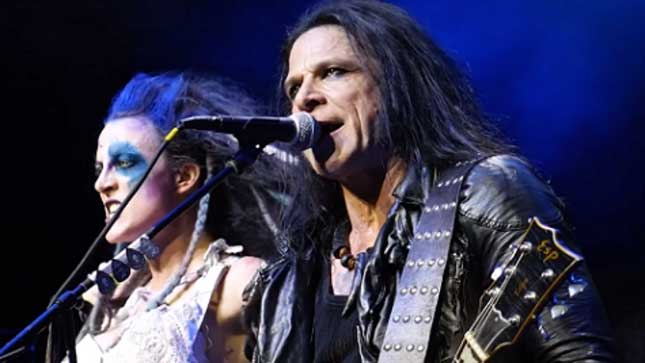 In closing, do you have any live dates, events, or anything else you would like to tell our readers about?

Calico: hit us up on all the social media platforms! Facebook (@Beastolanco), Instagram(@beastolanco), we are all up on those and interact with fans a lot. You can also follow my personal Instagram page @calicocooper. We just released our second Video from “WE ARE” called “Solitary Rave.” You can check that out on Beasto Blanco’s YouTube Channel along with all of our other videos. Our records are available EVERYWHERE fine respectable Music is streamed and or sold, and we hit the road in march… So don’t miss us!