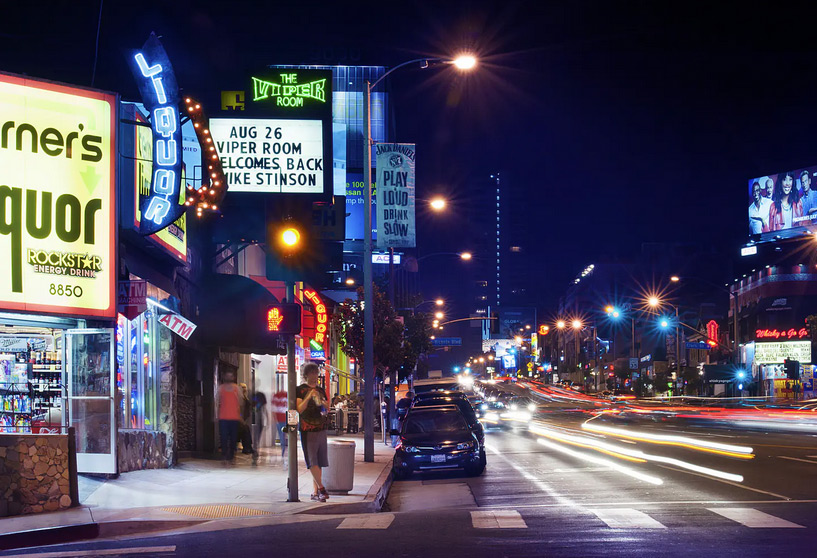 The ‘regulars’ and neighborhood of West Hollywood are welcome to join what was once a private, invite-only event this Labor Day. “Summer on Sunset” joined the West Hollywood Travel and Tourism Board and the Sunset Business Improvement District to bring back the glory days of the Strip. The days where musicians could play hard and party harder.

According to Variety, Tom Kiely, CEO of the West Hollywood Travel and Tourism Board, “welcomes new events and shows to the Strip so locals, near and far, and fans of all genres can fall in love the Strip’s rebellious, forward-thinking spirit.” But the Rainbow’s Backyard Bash is nothing new to the Strip.
Rainbow Bar and Grill’s premiere Backyard Bash started in 2015 with headliner Jack Russel’s Great White. The first Bash took place on President of the Whiskey A Go Go’s birthday, Mikeal Maglieri. In 2017, Dokken headlined at the Rainbow while Lynch Mob played next door at the Whiskey.
Some might say the venues were pitting rivals against each other, while Summer on Sunset would call it “an effort to help invigorate the Strip.” In 2018, The Whiskey joined The Rainbow as a sponsor for the Labor Day rock concert. This years’ headliners Pretty Boy Floyd celebrate their 30th Anniversary alongside Steve Adler of Guns N’ Roses.

Others headlining the 2019 Backyard Bash include Hurricane and Sponge. Patrick Gurrola, Publicist of Mannheim Diversified was a regular of the 80’s ‘hair metal’ scene of the Strip, rubbing shoulders with the late Lemmy Kilmister (Motorhead) and most recently followers of ACCEPT at the Rainbow Bar and Grill.
Gurrola’s ‘Mannheim Diversified’ is a worldwide brand influenced by everyday matters, relations in America and the UK, nuclear annihilation and social environments; like that of the influence of heavy metal music. While Brexit’s no deal battle is set to come to a head, Gurrola hopes the artists past and this year’s Backyard Bash will represent ‘Heavy Metal Worldwide.’

Patrick’s hope is to rebrand a Trade Industry Association with his recent venture ‘Heavy Metal Worldwide’ by artist representation. Gurrola considers his rights to the heavy metal brand “new territory for an experienced explorer.”

Summer on the Sunset Strip ends on a ‘high’ note at the Rainbow Bar and Grill Backyard Bash. The iconic rock and roll playground will open it’s parking lot as an outdoor stage Sunday, September 1st at 1PM. Guests can expect free admission with a 2 drink minimum thanks to sponsors like Monster Energy, Jack Daniel’s and Miller Lite.

“In Hollywood, wake up the neighborhood,
all the boys and girls, they´re gonna scream and shout, hey!

Let me take you one step higher!
Rock ‘n’ Roll is gonna set the night on fire.”