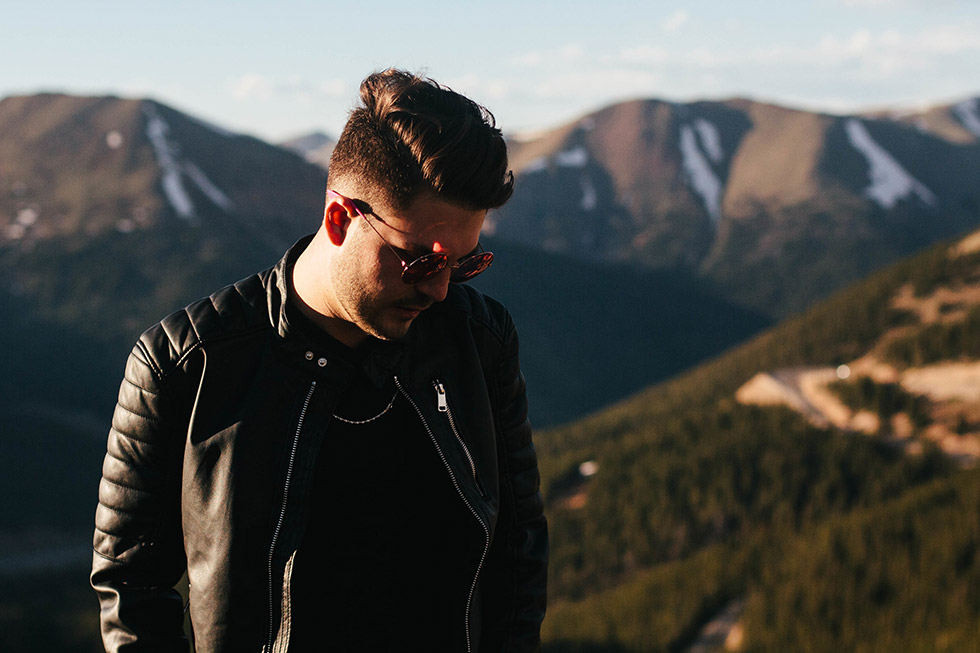 First of all, I love your name and marketing concept, what kind of reaction have you got this so far.

Thank you! Recet is a combo of the word ‘reset’ and my first name (Calvin). The meaning of Recet is the embodiment/idea of going back to the roots and doing it again, but in an entirely new way. This directly pertains to the vision I have for modern-day live musical performances. Take the beast-like elements of a live Rock & Roll show; the thunderous train-like groove of a drummer, the blaring fiery strum of an electric guitarist, the Earth-rumbling sustain of an electric bassist, and the lion-like roar of a frontman-vocalist – then, merge that same energy with modern Hip Hop; the concussive + high-precision trap drums, mixed with airy dream-like synth leads, and skull-rattling 808s. It’s a given to write remarkable songs if you want a chance at having longevity as a musical artist, and I especially want to bring the world live performances like never seen before. What if a live performance wasn’t only a DJ pressing play on a pre-recorded track with vocals still in it for a frontman to yell over it? What if real people played trap drum parts verbatim? What if 808s were emulated by a live bassist with real-time fx? What if leads were actually played by a guitarist with a super tweaked tone? I digress’ The name ‘Recet’ has gotten good feedback! The ‘c’ might be a little rough on SEO, but there are many artists who I love that have much more difficult names to spell out.

Explain a little bit about yourself- where you are from.

I’m a musical artist – drummer, vocalist, producer, and audio engineer amongst other things! I was born in Plano Texas, but Aurora Colorado is my hometown and the place that I mainly grew up. Outside of music, I like gaming, skiing, and kicking it with my boys.

I understand you started out as a drummer, what made you pursue vocals, frontman and why?

I always wanted to play drums for big acts, especially for hip hop artists. I found my own path musically being able to emulate trap drums verbatim when nobody else was doing it. I wanted to bring my talents to a rapper and show I can add value to their production and even shape the trajectory of modern live performance methods by leading by example. Fortunately, the artists I reached out to didn’t see the same thing I saw in myself. That being said, I decided to make my own music and be my own artist, not needing to rely on someone else for my success. Down this path, I fell in love with writing music and actually being the artist, and not just a drummer who happened to write songs and picked up vocals. From that point, I knew I wanted to be a frontman, not a drummer who did vocals at the same time as drumming during live performances. That’s where the idea of having multiple drummers/percussionists came in. Even that answer is paraphrased a bit, but I hope it serves the question well.

What made you decide to turn to music?

I tried all kinds of sports as a kid, but I never felt attached to them, and because of that, I didn’t excel at those activities (because I didn’t like to practice). I strongly felt connected to drawing when I was young, but I didn’t particularly gravitate to it in the conventional/acedemic settings. However, I always loved listening to music in the car and at home with my parents. I especially liked Supertramp’s album ‘Brother Where You Bound’, Gnarls Barkley, Seal, Maroon 5, and Animusic. The first time I ever got really hands-on with music was in 4th grade; I told my parents I wanted to try saxophone instead of sports. They granted my permission and rented me an alto saxophone. I didn’t ever really practice it, and I remember even looking over at the other sax students’ hand positions to try and copy/make it through the early-morning wind ensemble practices we had at school. After a year of that, my parents and I decided it wasn’t for me. By that time, I was already infatuated with drums/percussion. I remember seeing drums for the first time at a concert I was playing saxophone in, and my eyes and ears were glued. I took my first private drum lesson and received my first pair of drum sticks there – the rest is history.

What’s the biggest shock so far since you started your musical career?

One of the most shocking things about music I continually find fascinating is the derivation of influence. Musicians are literally influenced by every single thing around them; weather, structural environment, culture, family, etc.. It is amazing to me when I contemplate all the possible events that happened in the past to musically shape me and my sound, which I hope will positively influence more musicians to forge their own (…or is it our?) sound.

Who are some of your influences, musically or personally?

Do you have any kind of message that you are trying to convey through your music?

As an artist speaking to musicians and non-musicians alike, I hope to convey an expression of humanity through my music. I like to lay it all on the table unfiltered and raw – beautiful, ugly, joyous, angry, and all that I feel in between. I want people comfortable in their own skin, and I feel like just being who you are authentically helps people to be okay with being themselves. If they don’t resonate with that, that’s okay with me. I’m not one-size-fits-all.
To musical artists and side-musicians alike, I hope to inspire others to pursue new ways of performing. As time has progressed, especially in the past 15 years, contemporary/commercial music has become more and more reliant on artificial instrumentation and altered human performance with automatic tuning. These technological discoveries have led to great musical endeavors. However, many artists have recognized this technology more as a full crutch rather than just as an enhancer. In many cases, this has led to live musicians being entirely cut out of the picture during live performances, while, ironically, tickets for live shows are the most expensive they have ever been before. As a musician and consumer, I’ve gone to multiple live shows and seen many live performances online, even of my favorite artists, and by the end, I’ve felt disappointed with the show they put on. I felt like I didn’t get what I paid for, and that isn’t how I should feel walking back to the lot after a concert by my favorite artists. Maybe I’m hard to please, but I know I’m not the only one, and I want that satisfaction for myself and others who feel the same.

What is your view on streaming music?

Streaming is a double-edged sword. On one side, you have massive benefits to the consumer; they have access to nearly every artist and release they can think of, can access it at their fingertips with any smart-device, can discover millions of new songs (potentially becoming a fan of new artists), of for a small monthly fee. Plus, independent artists are now able to distribute their music worldwide for a relatively small fee. The other side is a massive loss of the physical experience (physically picking up an album from the store, seeing the cover art up close and personal/not just a .JPG, having access to the credits then and there, etc.), sales are scaled much differently with streaming (fraction of a cent compared to a whole album/single sale – could be taken as good or bad), and listener attention-span is greatly decreased. When people had to buy a whole album, they would usually listen to it through and through, know all of the songs, and sometimes gain a great appreciation for the artist they supported because of the familiarity + loyalty created by their album-experience. Now, listeners can stream through hundreds of songs in a day on a playlist they just stumbled upon and not know the name of a single artist they heard.

If you could work with any artist, dead or alive, who would it be and why?

There are so many artists I can think of that I would really love to collaborate with.. In fact, I even have a list of them I keep in my notes as part of my musical aspirations. Most consistently, I find I would really like to collaborate with Aaron Bruno of AWOLNATION. I love his style of writing, I enjoy watching him live, and I get the impression he would be a chill guy. Many of his songs are nostalgic for me, and I plan to work with him in the future.

What are you listening to right now?

As of late, I just got onto Kid Cudi! I’d heard a couple songs of his before along with quite a few songs he’s featured on of other artists, but I hadn’t ever really dove into his direct discography. I listened to his album Man On The Moon II: The Legend Of Mr. Rager for the first time on Thursday (October 28th, 2021), and I really enjoy it. Today (Halloween) I’m going to see $uicideboy$ at Red Rocks!

What do you do when you aren’t busy making music?

I like to game, ski, and hang out with my friends!

Where do you hope to be and to have accomplished in five or ten years?

Dominating on the worlds stage as myself, inspiring people to be themselves, inspiring musicians to keep making music, supporting my family, and living to the fullest with my friends!

Anything else you would like to add? Message to the fans?

Thank you so much.