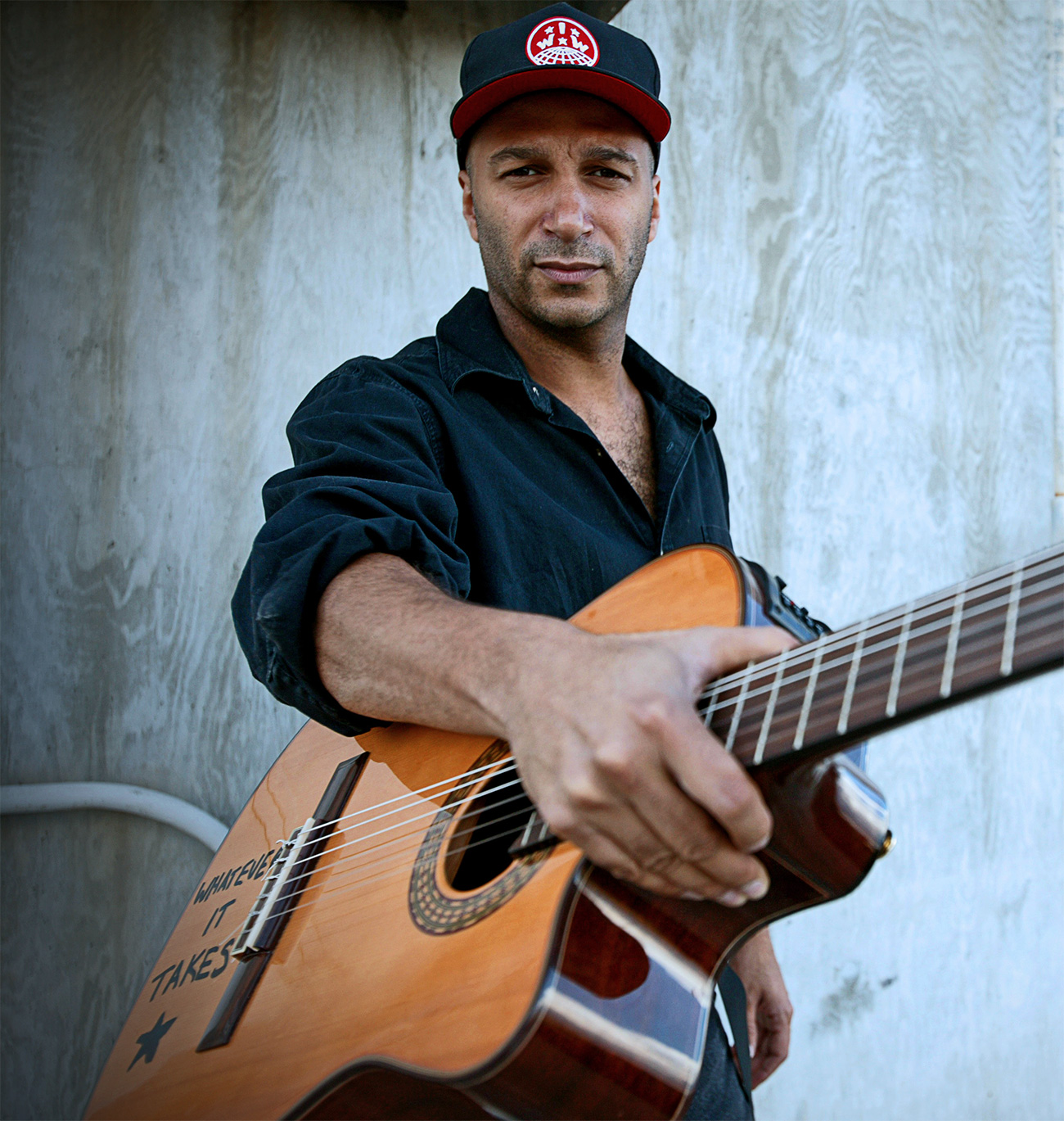 Morello Against the Machine

Known for his groundbreaking guitar work with LA’s political rap-rockers Rage Against the Machine, Tom Morello is anything but your typical rock star. In the sixteen- year career of one of rock’s sful and original acts, Rage more than just a staple on American pop radio and MTV. Through their tireless commitment to revolutionary activism, members Tom Morello, Zack de la Rocha, Tim Commerford, and Brad Wilk have provided a singularly loud voice in support of justice and freedom. Vocalist de la Rocha cited in a 2000 press release, “I feel that it is now necessary to leave Rage because our decision-making process has completely failed..” The news seemed to spell certain death for one of rock’s most influential acts. Morello and the remaining members of Rage went on to form rock supergroup Audioslave with Soundgarden frontman Chris Cornell.

Audioslave is currently on hiatus, but in true Rock and Roll fashion, Rage Against the Machine reunited in 2007, headlining the Coachella Music Festival in Indio, California. Meanwhile, Morello has been performing regularly at Hollywood’s Hotel Cafe under his acoustic alter-ego, The Nightwatchman. Success has been a long and often winding path for this musician, and he’s moving in a whole new direction.

Why did you originally move to LA?

I moved out to Los Angeles from Illinois because I read in Circus and Hit Parader that this is where one needed to go in order to “rock” for a living. I came here with my Harvard diploma in my pocket—my squandered Harvard diploma—and dreams of heavy metal euphoria in my head.

How long have you been here?

What would you say in defense of LA?

What I would say is great about LA is the opportunity to recreate yourself and escape the shackles of past pigeon holes. One of the things that’s great about LA is the cultural diversity. It’s one of the most unique places on the planet. Certainly, there are very few places as accepting of all creeds and ethnicities as Los Angeles. It’s very different from where I grew up in Illinois.

Where were some of the places you first started playing in LA?

I started playing shows in a band many years before Rage. The Troubadour was one of the first shows. There was another place we nicknamed “the Cat Piss Club.” It was down on Pico, and the owner had a lot of cats that lived in the club. We rehearsed there during the day, and would play there at night, and it reeked of cat-piss.

You’ve since gone on to some bigger venues, obviously.

Yes. You may have heard of the LA Coliseum.

What was it like to go from the “Cat Piss Club” to the LA Coliseum? Do you remember thinking about all the hardships in between?

Sure. The biggest moment was when Rage played two sold out shows at The Forum. I’d been to The Forum to see so many shows and basketball games, and in between sound check and the show I went and just sat up in the rafters, in seat 99Z. I was completely alone in the building—in the calm before the storm—and just reflected back on what an unpredictable journey it had been. And then cut to two hours later, when the lights are up and there are 20,000 people losing their fucking minds. I was on stage, and I looked back up to that seat where I was sitting. It was a pretty good moment.

What’s coming up for you?

There’s a lot coming up right now. We’ve just completed the very exciting “Justice Tour 2008,” which is basically taking the Hotel Cafe residencies that I do here in town and playing shows around the country with some friends like Slash, Perry Ferrell, Maynard Keenan from Tool, Ben Harper, Sen-Dog [from Cypress Hill] and Shooter Jennings. We’re taking the same spirit of those shows, where it’s the people’s price of $10 to get in. 100% of the money from the shows and merchandise goes to a local charity. There’s a homeless charity in LA, an Iraq Veterans Against the War charity in DC, and rebuilding musician’s homes in New Orleans. There’s also a brand new Nightwatchman record in the can. I have yet to determine when that will come out.

What are the plans for Rage?

We have shows booked this summer at European festivals, and that’s all that is on docket.

There are no plans to go make another record?

There are no plans.