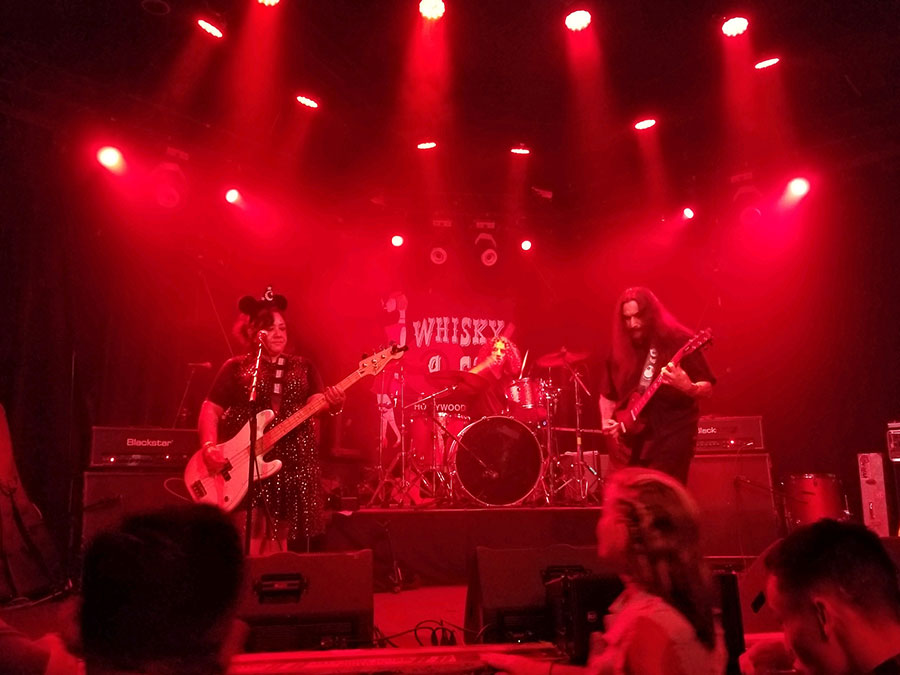 On Our Radar
·4 min read

First of all, I love your name and marketing concept, what kind of reaction have you gotten from this so far?
Everybody is really excited about the name. Some people find that it’s a necessary bit of comic relief! Given the seriousness of this virus. We are very conscious of the current situation and are donating half of our profits to some of the relevant local charities. We’re trying to do our part to help the community.I know you guys use to perform live a lot, what’s it like not being able to live shows?
It’s been very disappointing. I’ve done some streaming shows but it’s really not the same.
There’s no connection with the audience. That is a huge part of playing, seeing people’s reactions
and watching them sing along. And not being able to see our friends and fans is a major bummer.

The song “Outside Your House” what’s it about?
Its about a crazy guy that I was briefly involved with. He started using drugs after we hung out. He told a mutual friend of ours that he thought I was outside his house pointing a Ray Gun in the window. So, he called the FBI and the CIA on me. I’m sure nothing became of that because I was never contacted by them. And it was not true! I was not that motivated or interested in him …but I thought it was hilarious so I wrote the song about it..

Tell us a little bit about yourself, where are you from?
I am Latinx, I grew up in Burbank, California. At the time it was a predominantly white neighborhood. And I am predominantly brown. It was a very racist town. I was bullied so much I started trying to kill myself at age 13. The bullying never stopped I left High School and went to Adult School to finish. I hated that town and the kids at some of the schools I went to. I got kicked out of most schools.

I understand you started out as a poet, what made you include music and why?
Writing poetry was an outlet for me growing up. Writing in general has always been the best way to process my feelings. I always loved music and I played different instrument growing up. I would always make up melodies about my animals, I basically wrote ‘theme songs’ for them. I naturally segued into writing music. I always felt there were feelings in my soul that I could only release thru writing and singing. I didn’t know what else to do, I still don’t know what else to do. 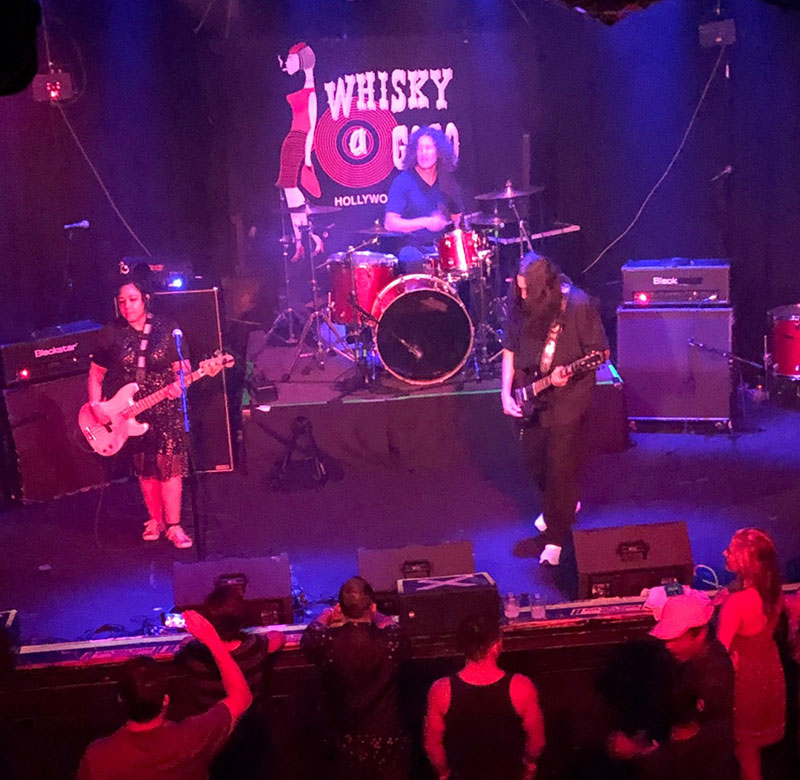 Who are some of your influences musically and personally?
I’m gonna be real here. Early 70’s Disco singers really influenced me like: Thelma Houston, Gloria Gaynor and Gladys Knight. In mainstream music there were NO brown women singing lead anywhere. The radio hits were either white people or black people, no brown. There had been artists like “Richie Valens” who apparently HAD to change his name. Santana had been making a name for himself in mainstream music. But there were no women. So, I looked up to the black female singers who had big radio hits. As I got older I liked bands like Led Zeppelin, The Clash, X, Pat Benatar, Lita Ford and later, Nirvana and Mother Love Bone, SoundGarden and Alice In Chains.

What kind of personal or musical goals have you set for yourself?
Musically, I would like to write another album, an Americana album. I’d like to play some Ukulele songs on it. A departure from my punk and rock roots.

Do you have any kind of message that you are trying to convey through your music?
My message is that: it’s okay to be flawed, its okay NOT to be perfect and not live up to this American Standard of living. I had a lot of trauma as a child. I am a survivor of a very dysfunctional home life and many abusive relationships. There were many things I couldn’t control. But the one thing I can control is getting recovery from these situations and relationships. There is hope after trauma, there is recovery. It’s a lifelong process but its achievable. Don’t give up.

What is your view on streaming music?
I like being able to listen to anything song I want when I want. But compensation for the artists needs
to become more transparent with royalties. As usual its a very nebulous system that, once again, seems unfair.

What is one of the hardest things you have had to overcome in your life so far?
The hardest thing to overcome in my life was being born a brown female. Being Latinx. The judgement, the racism, the sexism. I don’t fit the traditional role of a Latin woman. I don’t have kids, I’m not catholic, I don’t drink. People assume a lot of things. Being a female rock/punk musician is whole other story. 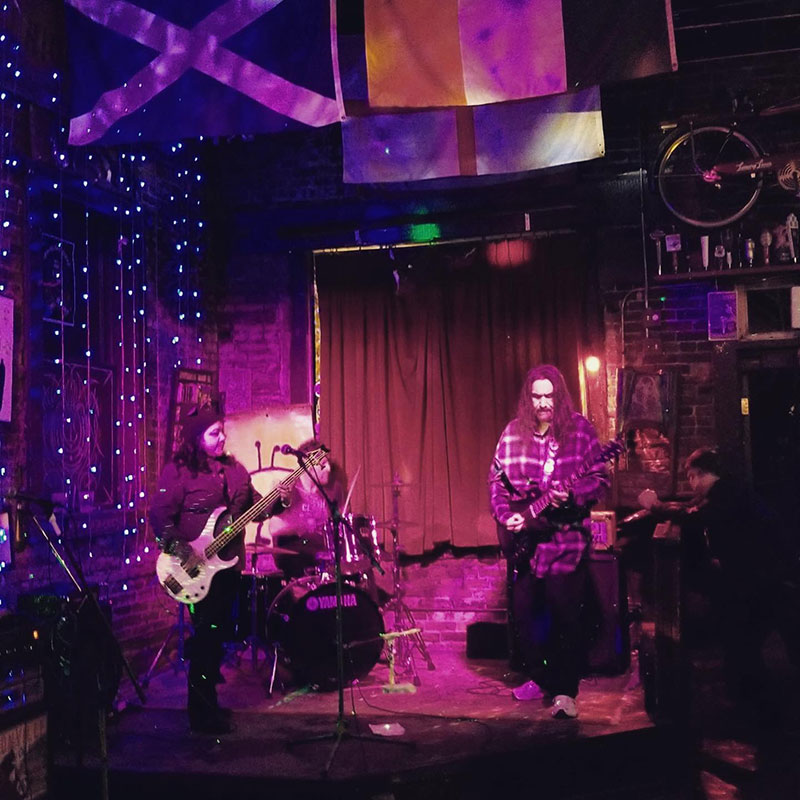 What are you listening to now?
I’ve been listening to ABBA, The Bee Gees, X, Yaz and Donna Summer. Billie Eilish and Chelsea Cutler, The Lumineers.

What is most important to you in your life?
Being the best person I can be. I’ve been in recovery for a very long time. My job is to help other people with their recovery. It is not a paid position but it is very rewarding.

Anything else you would like to Add, message to the fans?
We love our fans! and are forever grateful for the ones who show up to the shows! It makes me so happy to see familiar faces in the crowd! It’s like having the supportive family I never got from my birth family. Thank you for likes and the loves!